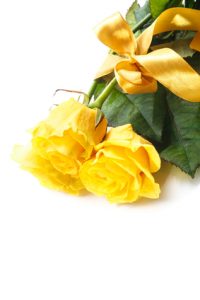 1999 – Virginia Christian – Devoted to animals helping the abused, abandoned and lost, she worked to establish the first “No Kill” policy in the county.

2003 – Betty Krueger – She had a devoted and distinguished record serving Zonta through the Alpena Club.

2005 – Erma Backenstose – Former Otsego County Treasurer & Commissioner who was committed to community service as a volunteer.

2005 – Evelyn Pratt – She devoted much time and energy to her church, volunteerism and role as County Clerk.

2008 – Abbigail Hamilton – This former teacher enriched the lives of youth as she pioneered Gaylord Guardian Gals while working on several other community programs.

2010 – Suzanne Stock – A Master Gardner, who not only beautified our community, but also worked tirelessly providing essentials to the less fortunate through the Caring Closet.

2014 – Loretta Miller – Served the elderly and low income individuals with compassion as a devoted ombudsman.

2015 – Kelly Korson – Organized a rolling refuge for the homeless and mentoring people seeking recovery from addictions.*

2016 – Sandy Glasby – Brings families together through live theater and her effort to enrich our community through the performing arts.

2017 –  Mary Tomaski – With kindness, humor and great energy, she works to further the mission of several local non-profits including AAUW and the Otsego Community Foundation.