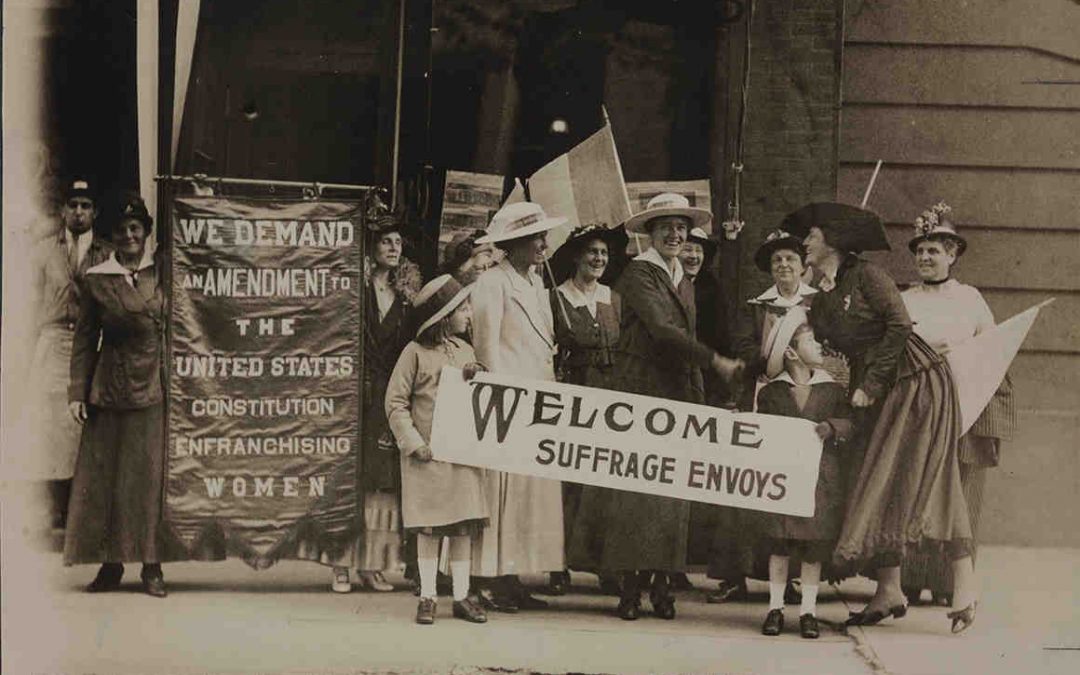 “Are women people?” It’s a question that we somehow still can’t seem to escape. From the Cult of True Womanhood in the 1860s to Lynn and Ellen’s own experiences as young journalists in the 1970s,
Listen to Episode 2

“Click moments” have powered some of this country’s biggest social upheavals. From second wave feminism’s emergence during the Civil Rights movement to the creation of the suffrage movement amidst abolitionist organizing, Lynn and Ellen track down the ingredients for those moments of realization, when you finally see something that’s been in front of you all along.
Listen to Episode 3

Heroes. They’re never perfect, no matter how much we admire them. When Susan B. Anthony and Elizabeth Cady Stanton found themselves on the opposite side of the 15th Amendment from their friend, Frederick Douglass, the ensuing debates shed light on anger, on biases and on the depth of relationships. How do we remember our heroes, flaws and all? Ellen and Lynn investigate.
Listen to Episode 4

Throughout the battle for the ballot, suffragists often faced unlikely — but powerful — opponents: Anti-suffragists, women who fought to keep other women from the polls. But this was hardly the only gender-based rift the suffrage movement faced.
Listen here to Episode 5

Think that mastering the media machine is tough today? Hear what the suffragists endured at the hands of a nearly all-male press, turning ridicule into respect. Ellen and Lynn share their own experiences as women covering women, and go back to the years when suffragists created their own newspapers, took to the “soapboxes,”  and engineered the parades, spectacles and protests that caught the attention of the press — and the country.
Listen to Episode 6

Ellen and Lynn are taking us back to August 18, 1920. We’re in Nashville, Tennessee. Men and women on both sides of the suffrage fight have been battling for weeks over the final state needed to ratify the 19th Amendment, employing every weapon in their arsenals, from door-knocking to smuggling whiskey. But it’s one rookie lawmaker, and a letter from his mother, who ultimately turns the tide.
Listen to Episode 7